The Bible says concerning the Prodigal Son: ‘When he was a great way off, his father…had compassion…ran…fell on his neck and kissed him.’

The truth is, you’re not beyond the reach of God’s grace, so your future can be greater than your past! When he was ‘a great way off’, his father ran to him. Why? Because his relationship with his son wasn’t based on performance, but on the fact that he’d given him life and brought him into the family. It’s all about the magnanimity of Father’s Love ‘Nothing can change that’.

When you think about the things his father gave him that day, you realise the significance of each item.

1) The robe. That confirmed his identity as a son. God doesn’t see you in your weakness and nakedness; He sees you clothed in the righteousness of Christ (2 Corinthians 5:18-21).

2) The ring. This was a signet ring with the family seal that gave him back authority to do business in his father’s name.

3) The shoes. Household servants didn’t wear shoes, only family members did. He returned home thinking the best he could hope for was a job in the servants’ quarters. But his father not only restored his identity and authority, he restored him to full son-ship in the family.

4) The party. Back then when you rebelled against your father’s authority and left home, they conducted ‘a ceremony of shame’, which meant you could never return. Not this father – he threw a party! The point? Because Jesus took our shame! ‘For God made Christ, who never sinned, to be the offering for our sin, so that we could be made right with God through Christ’ (2 Corinthians 5:21 NLT).

The big deal was his decision to return home even though empty, broken and humbled. The word for you today is – come back to God! 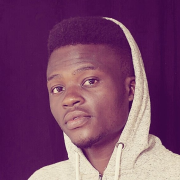 Sponsor Our Project By Donations